Note that data on this club webpage is by calendar year versus federal government fiscal year (October thru September) reported to USFS and ATC. 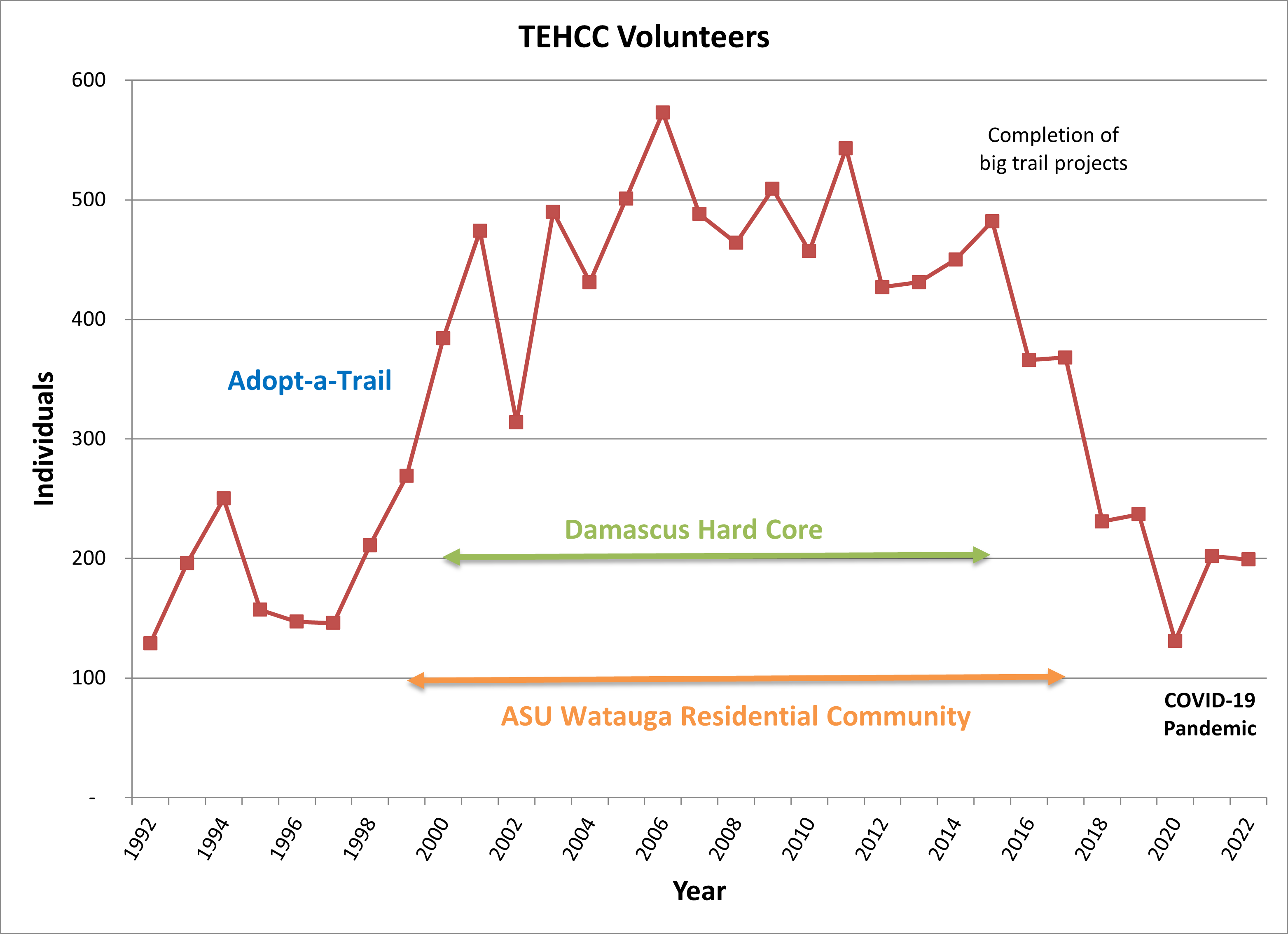 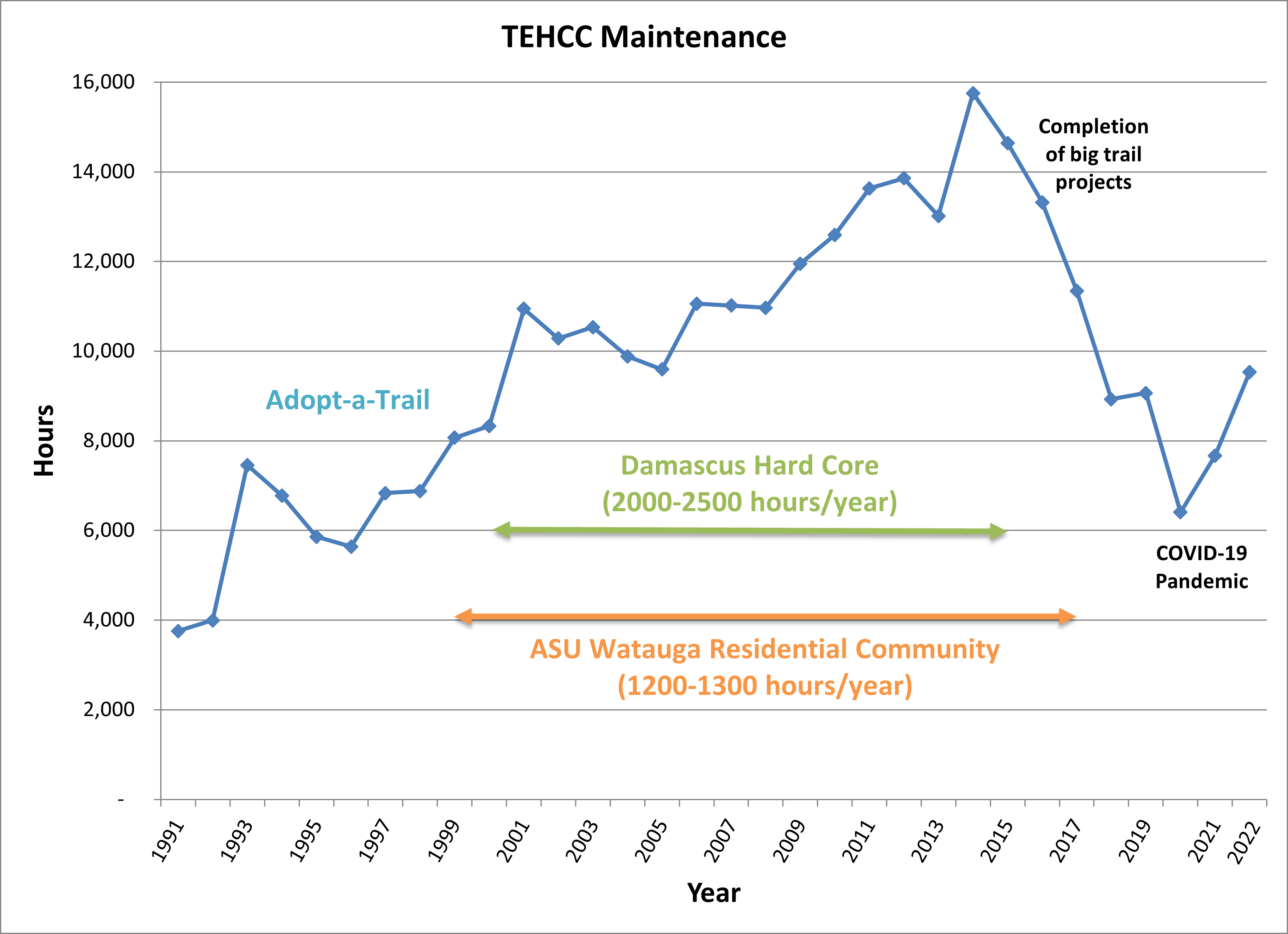